We spoke with Miriam Chen, the CEO of the Fancy Color Research Foundation, about the fascinating world of fancy colour diamonds and their investment potential.

Today, these tireless visionaries and enthusiasts are an example for future generations of how to reconcile unimaginable wealth, while respecting heritage, culture, diversity and business ethics.

Founded by Samuel Baker, the Sotheby’s auction house has existed since the mid-18th century, thus being the oldest international art auction company in the world. The first sale at the London headquarters took place in March 1744, and its subject included books, as Baker loved and knew literature very well. Currently the company has two offices, at New Bond Street in London and in New York City’s Manhattan, as well as 80 offices scattered around the world. According to official sources, Sotheby’s annual turnover amounts to over $4 billion.

The following generations managed the company effectively using the solid foundation built by the Baker family to develop Sotheby’s operations in new, far more profitable areas. 1917 was a landmark year for the company – Sotheby’s left Wellington Street, the heart of London’s book market, to settle in Mayfair and devote itself entirely to art.

The following decades led the company to the top. The auction of William Weinberg’s collections organized in London in 1957 was an unprecedented event in which Queen Elizabeth II herself took part. A year later, the company once again surprised the industry and forever changed the world of auction houses. For the first time in history, dress code was mandatory for participants, and the impressionist paintings put up for auction could be seen in the world’s first auction catalog printed in color! That evening marked the beginning of the era of marketing in the art trade – the promotion of the auction became a manifestation of professionalism and proof of prestige.

The world was open to Sotheby’s, and the company did not waste its chance. Picasso, Warhol, Rubens, Munch, Hirst – from classic masters to modern giants – all under one roof. The company’s appetites increased, and it was anything but short of customers. This is how Sotheby’s Diamonds was created; it specializes in the sale of the finest stones in the world and trade in unique jewelry. There’s also Sotheby’s Wine, offering the best wines from the furthest corners of the earth.

As the company’s representatives emphasize, despite their huge size Sotheby’s maintains the highest standards of transaction transparency and actively supports the ethical market for the acquisition and trade of works of art. As the first company on the auction market, it founded the “Compliance Department” and to this day has the largest team in the world dealing with the control of the origin and authenticity of auction items.

Among the greatest and most famous diamonds sold at auctions at Sotheby’s were: 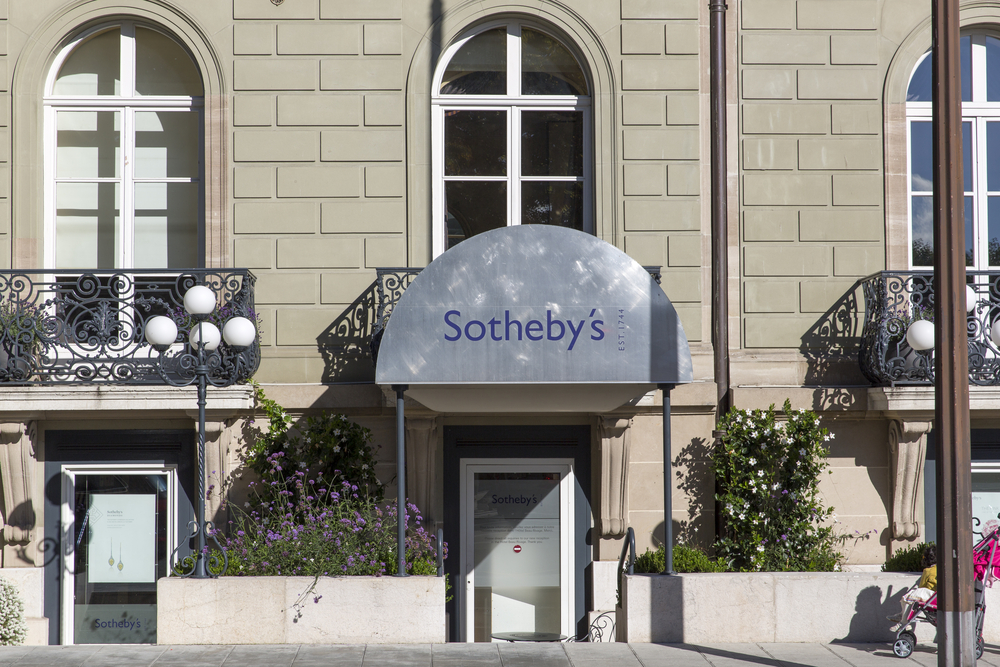 Christie’s Auction House has over 250 years of history filled with the finest art, unparalleled service and billions of dollars’ worth of transactions. According to official sources, Christie’s holds an average of 350 auctions per year in 80 categories, including works of art, jewelry, precious stones, furniture, decorative items, clothing, photographs, personal items, wine and cars.

It all began in 1766 thanks to James Christie, who opened his first outlet at Pall Mall, the street that was at the heart of London’s art scene at the time. Over the years, Christie’s recognition and credibility grew, giving the company the position of one of the two most important auction houses in the UK. It wasn’t until 1823 that the company moved to King Street, and this address remains as Christie’s headquarters to this day.

Like the competing Sotheby’s auction house, Christie’s also “benefited” from France’s difficult situation in the 18th century, which, following the revolution, was forced to give London its status as a global art trade center. The company took the most out of this moment – in the following decades it achieved further milestones in its own history and the history of the entire industry:

– in 1882, an auction of furniture lasting over 17 days, including pieces once owned by Louis XVI and Marie Antoinette, becomes one of the most important auctions of household items in the 19th century,

– in 1892 Christie’s sells its first impressionistic painting by Edgar Degas,

– in 1966 the first selling of wine after World War II takes place,

– in the early seventies, the company sells the first painting worth over a million pounds (Diego Velázquez),

– in 1990, Portrait of Doctor Gachet by Van Gogh breaks the world sales record, reaching the price of 82.5 million dollars,

– in 2005 the house enters a new era by launching the opportunity to participate in online auctions,

– 2011 is marked by record sales of diamonds – the private jewelry collection of Elizabeth Taylor is considered the most valuable in the world,

– in 2016, the record selling diamond at an auction falls – the famous Oppenheimer Blue becomes the most expensive stone in history and reached a price of over 57 million dollars,

Charity auctions and philanthropic activities also have an important place in Christie’s activities. Every year, the company helps organize and conduct nearly 250 auctions around the world, with revenues exceeding $50 million. The first charity auction took place in Christie’s in 1915 for the Red Cross. The next two most spectacular and profitable ventures have been the auction of nearly eighty dresses from Princess Diana’s private collection organized in New York in 2011 and the largest charity auction in history in 2018 – the Rockefeller collection which sold for over $830 million!

Among the greatest and most famous diamonds sold at the Christie’s auction were: