The European part of the expedition aroused in us an even greater appetite for further adventures.

What awaits diamond lovers overseas? This time we will stop in the United States, where we will follow in the footsteps of stars of diamonds. The next stop will be the capital of Iran – here, waiting for visitors in the treasury of the central bank, is the world’s largest collections of gems that have ever been  displayed in public! From the capital of luxury and extravagance, to the city which undoubtedly has a hidden radiance. It could be the diamond journey of a lifetime!

Who could forget the dazzling yellow diamond chained to a beautiful necklace in which Audrey Hepburn posed for photos to promote “Breakfast at Tiffany’s!” It was the famous “Tiffany canary” that lured us to the city of fashion, stars and fabulous jewelry.

Excavated in Africa in 1877,  the raw “canary” weighed 287.42 ct. A year later it was revealed to the world as a 128.5 ct gem perfectly cut into the shape of a pillow. In 1879 it was bought by Tiffany, with whom it began its American history. For over 70 years, its “home” has been an exceptional exhibition in Tiffany’s flagship store located on 5th Avenue in New York. You can read more about Tiffany’s Canary Yellow Diamond here.  (link to the text “Tiffany Canary)

Not only the “canary”, but also the shop itself are the crown jewels of this jewelry giant. The building, which has been occupied by the company since 1940, has 10 floors with a total area of over 11,000 m², of which “only” just over 4,000 m² constitute sales space. Soon, the “canary” will be moving to a neighboring building for several years, as the company announced a plan to renovate its flagship store. It is estimated that the work will cost over $200 million and will last until the end of 2021. 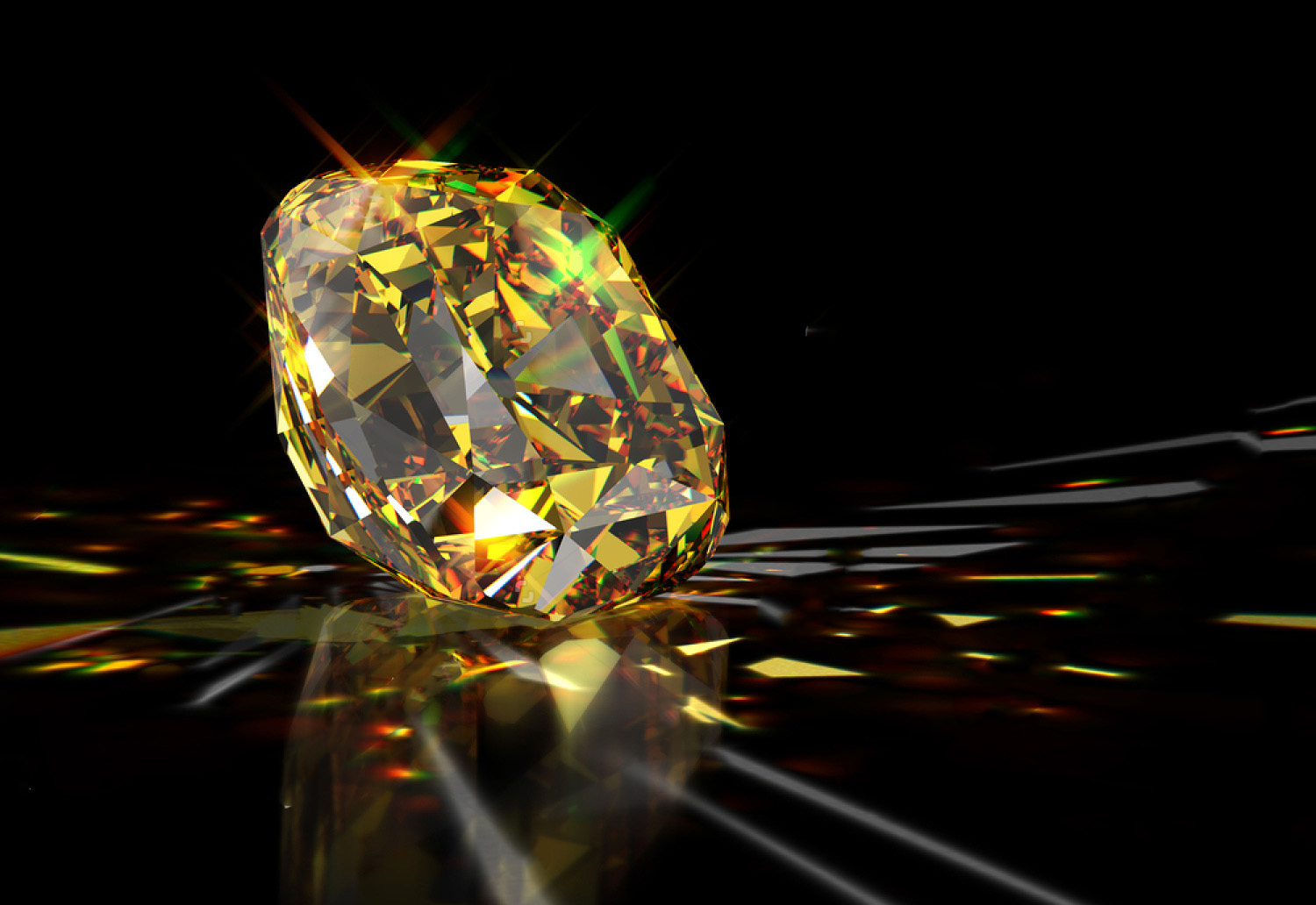 The capital of the United States is a city where another diamond star awaits us – probably America’s most famous diamond – the blue Hope Diamond. Currently, the Hope Diamond is  placed in a Cartier’s necklace and can be admired at an exhibit in the Smithsonian National Museum of Natural History in Washington. The stone was donated to the institute in 1958 as a gift to the nation from Harry Winston. The institute reports that the diamond has been “visited” by over 100 million people! You can read more about the Hope Diamond’s origin and history here.  (link to the text “blue diamonds” part I)

The unique Hope Diamond is undoubtedly the biggest star in the collection of stones exhibited in the museum, but the rest of the collection also deserves attention. As the museum’s promotional materials state – waiting for visitors are jewels and minerals in all sizes, shapes and colors of the rainbow. Unforgettable exhibits include the absolutely unique topaz Whitney Flame with homogeneous, fiery red color, the fabulous emerald Mackay set with diamonds in a necklace designed by Cartier for the New York Metropolitan Opera’s primadonna, or one of the largest rubies in the world, the powerful stone named Carmen Lúcia. 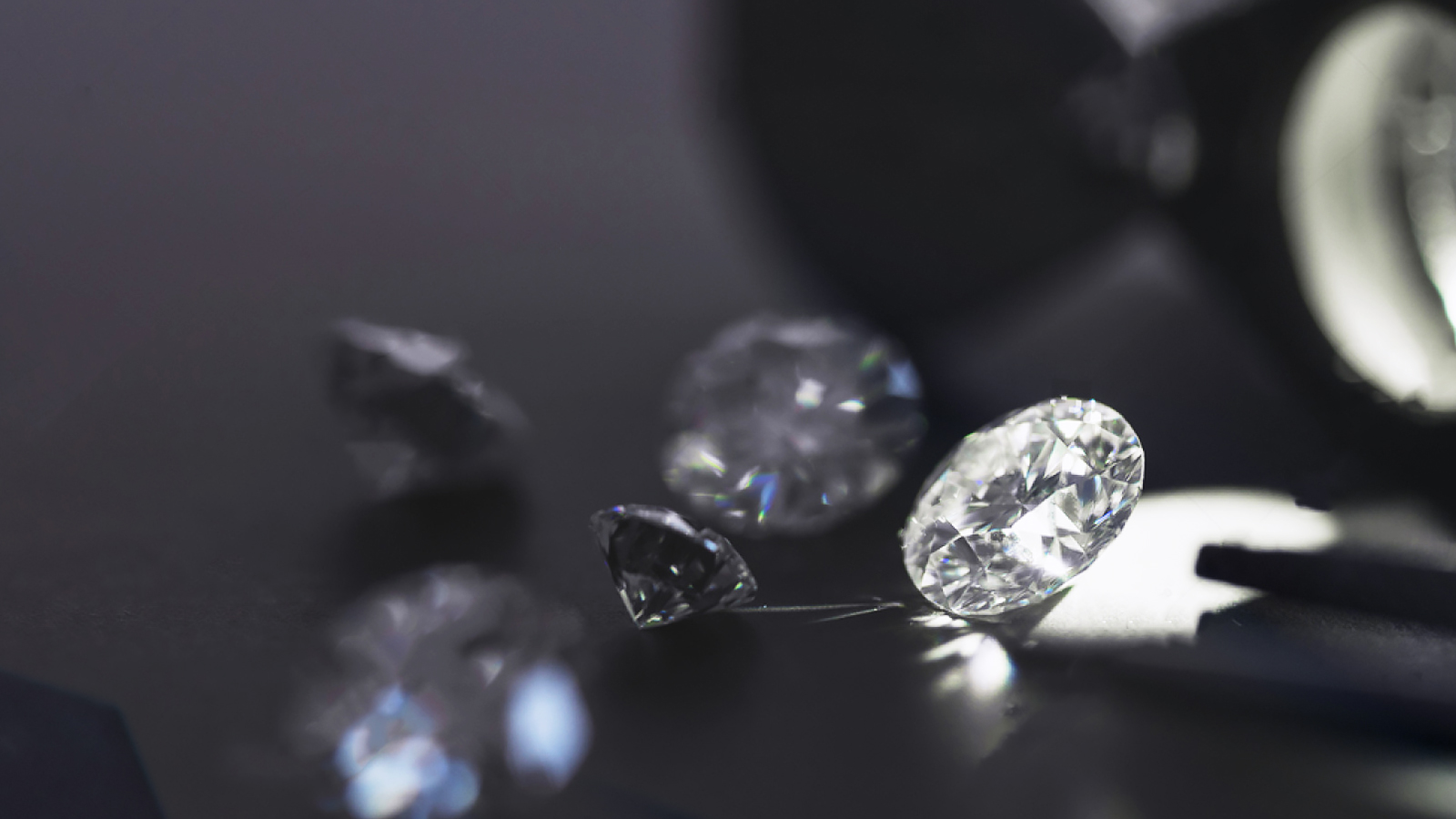 The Iranian national gems collection is undoubtedly a collection that cannot be compared to any other in the world. The permanent exhibition at the headquarters of the Central Bank is made of hundreds of breathtaking exhibits collected over the centuries – from diamond-studded crowns, through swords, tableware, fancy tiaras and egrets, to absolutely unusual objects, such as a mighty golden globe with emerald oceans!

Due to their great material value, as well as priceless historical and artistic value, the crown jewels of Iran have been kept out of public reach for centuries. It wasn’t until the second half of the 20th century that Mohammad Reza Pahlavi decided to make the most spectacular elements of the collection public. After the outbreak of the revolution in 1979, a little portion of the small exhibits was stolen and taken away from the country, but the vast majority of valuable items remained intact in the Tehran treasury.

The enormity and variety of exhibits gathered here is breathtaking, and the extravagance in their design and craftsmanship exceeds human imagination. Attention to detail is impeccable. Each individual item is a perfect work, testifying to the unimaginable wealth and love of beauty, but also to vanity, pride, arrogance and megalomania of rulers.

It is impossible to describe everything here, so we chose a few exhibits that remain in memory forever.

★ Darya-e Noor (The Sea of ​​Light) – a pink diamond with a mass of 182 ct! There are speculations that it is part of a larger pink diamond, which the famous French jeweler and diamond expert Jean-Baptiste Tavernier called the Great Table Diamond.

★ Noor-ul-Ain – a pink diamond weighing 60 ct, probably cut together with Daria-i-Noor from the larger Great Table Diamond. Noor-ul-Ain is the main diamond set in a beautiful tiara designed in 1958 for Empress Farah Pahlavi by Harry Winston. Weighing about 2 kg, the platinum tiara is decorated with 324 pink, white and yellow diamonds.

★ Globe – certainly the most extravagant exhibit studded with diamonds that you can admire in the museum! With a height measuring 110 cm and width of 45 cm, the globe is decorated with over 51 thousand precious stones, and approximately 35 kg of pure gold was used to cover it. The seas and oceans are made of emeralds, land is marked with rubies, and diamond decorates, among others, Iran, Great Britain and France. This is one of those items whose admiration evokes bittersweet feelings – delight and enchantment with splendor mix with the awareness of the absolute isolation of the rulers from the reality and life of their subjects.

★ Imperial State Crown – weighing nearly 1.5 kg, the crown is made of white gold and the highest quality green velvet, decorated with 1,469 diamonds, accompanied by, among others, pearls, emeralds and rubies. The largest emerald is at a central point in front of the crown and weighs about 91.32 ct.

★ The Palavi Crown is undoubtedly one of the greatest jewelry works hidden in the Tehran treasury. Made of gold and silver, the crown is set on the most perfect red velvet, and is decorated with over 3,300 diamonds, the largest of which is a 60 ct yellow jewel. 369 pearls and five impressive emeralds shine beside diamonds

★ Naderi Throne – this throne measuring 225 cm in height was made from wood. It is completely covered with gold and decorated with nearly 27 thousand gems! It consists of 12 detachable elements – the structure is convenient to transport that allows it to be moved to the summer residences of the rulers.