It can be said that natural blue diamonds of the highest quality are stones that basically don’t exist.

Only 0.1% of the global extraction is constituted by blue stones, and only 1% of them receive the fancy vivid blue grade. Blue diamonds are incredibly unique, and they are made by nature extremely rarely.
It’s an extraordinary symbol of perfection, timeless beauty, stylishness, luxury and elitism. In the first part of the story written in sky blue, we are going to take a closer look at the Oppenheimer Blue, Hope and Okavango Blue diamonds.

We can gaze into the blue eyes of a beloved person, the blueness of a clear sky or crystal ocean regardless of our bank balance; however, we have to pay a vast amount of money for the blueness of natural diamonds. These are the diamonds that broke sales records, aroused desire on royal courts and were also the symbol of the rare and beautiful art of sharing the richness.

Oppenheimer Blue – a record-breaker at auctions

This famous diamond is undoubtedly one of the rarest and the most perfect stones ever admired by man. Its brilliant colour, perfect proportions and classically perfect cut were the reasons why even Sir Philip Oppenheimer wanted to have it in his collection. The name of the diamond comes from his last name—a member of the family which for generations has been on the leading edge in the industry and for many years managed the famous diamond giant—the De Beers company.
On May 18, 2016, the Oppenheimer Blue, weighing 14.62 ct, was put up for auction. On that memorable day, the eyes of the entire diamond world were upon Geneva, and behind the walls of the Christie’s auction house a new history was written. This was the day when this extraordinary stone was sold to the anonymous purchaser for the record price of USD 57.54 million. No other stone in this colour has ever reached such a high price at an auction, neither before nor after. (The previous record was set by the Blue Moon, weighing 12.03 ct, which in November 2015 reached the price of USD 48.6 million at an auction in Geneva.) Assessed by the GIA institute as fancy vivid blue, the Oppenheimer Blue is one of the absolutely rarest stones in the world, which constitute just a tiny fraction of one percent of the global extraction. mek procenta całego światowego wydobycia. 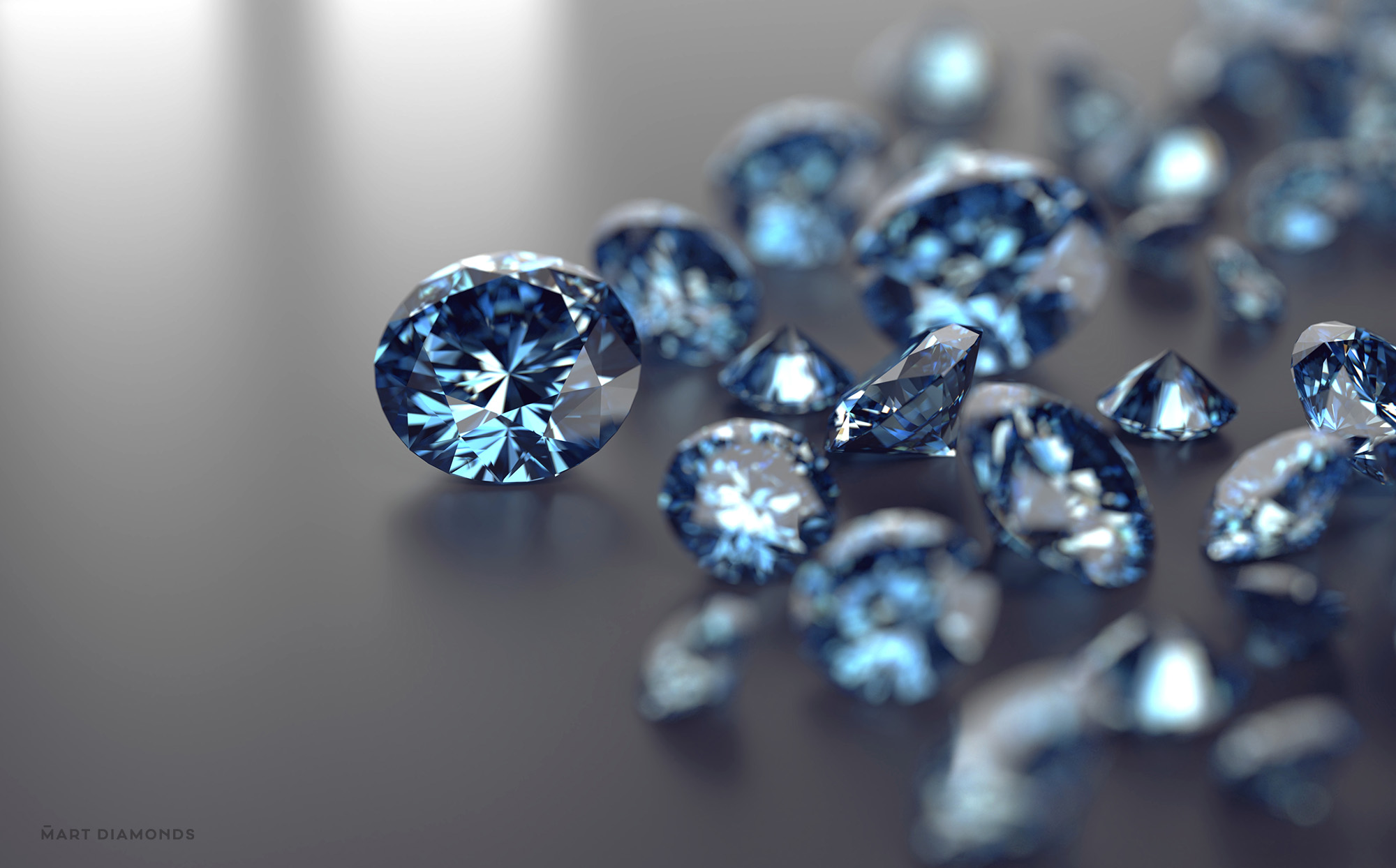 Hope — the legendary gift for the nation

The history of one of the world’s most famous blue diamonds originates in the mid 17th century in the Kollur mine in India. The area of Golconda, where it was discovered, is an unusual land for the world of diamonds — this is the place of origin of the majestic Koh-i-noor diamond and the remarkable and covered with inscriptions Shah diamond about which you can read more here.
The first owner of the stone was Jean Baptiste Tavernier who, immediately after the purchase of the rough diamond weighing 112 ct, resold it to the court of Louis XIV of France. The King ordered to divide the stone and cut it in a triangular shape, similar to a pear. After the cut, the diamond had a mass of 67.5 ct. During the French revolution, the stone was lost without a trace. In 1830, it reappeared in London as a 44.50 ct beauty. The most probable scenario is that the seller preferred to “lose” 23 ct, recut the diamond and try to avoid its identification rather than risk that the missing property of France would be recognised. The new owner of the diamond was banker Henry Philip Hope, who named it using his last name. During the next decades, the stone “travelled” from Europe to the United States, and in 1958 it made its way to the Smithsonian Institution in Washington, to which it was given as a gift to the nation from Harry Winston. From that moment, Hope left the institution only four times, for example in 1975 when a decision to clean and reweigh it was made. It turned out that it weighs not 44.50 ct, as previously stated, but 45.52 ct. The difference most probably resulted from the standardisation of the metric carat at the beginning of the 20th century. At present, the Hope diamond, placed in Cartier’s necklace, can be admired on display at the Smithsonian National Museum of Natural History in Washington. As the institute says, over 100 million people have “visited” it!

This extraordinary stone is the youngest and, at the same time, the biggest pride of Botswana. Discovered on 21 May 2018 in the Orapa mine, the Okavango Blue diamond is the largest blue diamond which has ever been discovered in this country. In September of the same year, the rough stone weighing 41.11 ct was purchased by the Okavango Diamond Company. In December, it was handed over to diamond cutters, and after four months of work it was presented to the world as a fabulous oval cut diamond weighing 20.46 ct. According to the GIA institute certificate, Okavango’s colour is Fancy Deep Blue and its clarity was assessed as VVS2. There is therefore no doubt that this diamond is a stone of perfect quality and it has a chance to reach an impressive sales price. As the owners inform, the pride of Botswana will be put up for auction in November 2019.