Diamond with a brilliant D color and a stunning weight of 302.37 ct—Graff Lesedi La Rona. It took experienced gemologists several hundred hours to cut this majestic stone. It is the largest diamond in the world in a square form with an emerald cut.

The entire diamond industry sighed with delight when the world first heard of Lesedi La Rona in November 2015—in Tswana (Botswana) it means “our light”. The 1109 ct crude diamond was mined in the Karowe Mine (Botswana) belonging to the Canadian diamond producer Lucara Diamond Corp.

“This crude stone the size of a tennis ball is the largest diamond with the quality of a true gemstone discovered in the last hundred years and the second largest ever found on earth. Only the legendary Cullinan, which had the splendid weight of 3,106.75 ct, was bigger than it” comments Marcin Marcok, an expert in the precious stones market 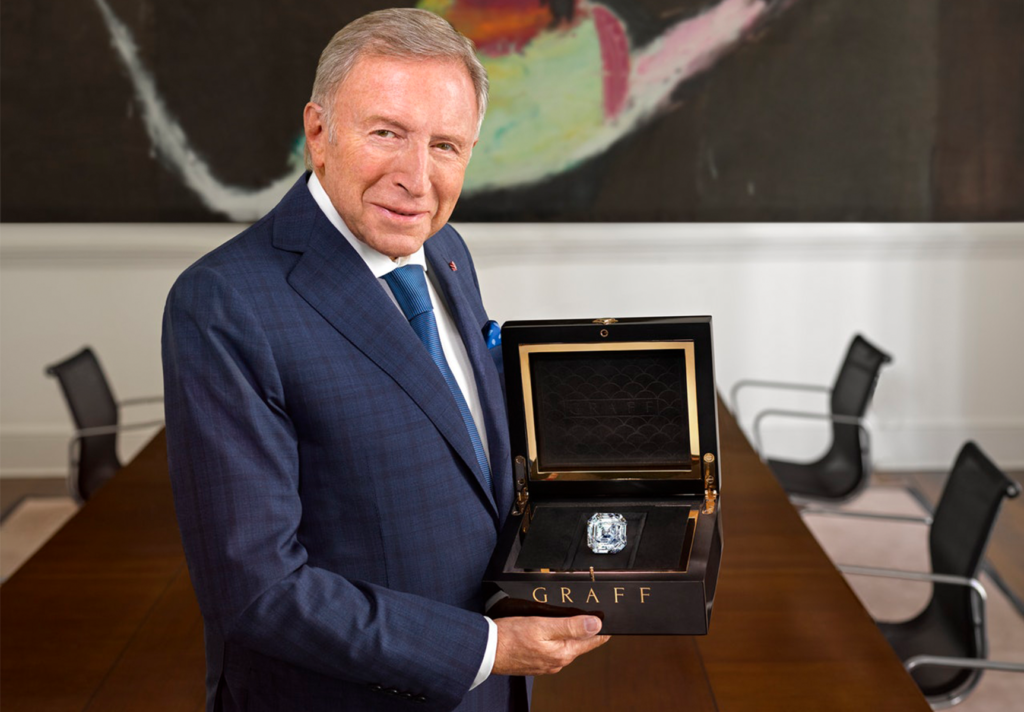 In June 2016, Lucara Diamond Corp. put the stone up for auction at Sotheby’s. This controversial and industry-criticized manner of selling the raw diamond failed. The outcome of the London auction did not come close to the minimum price. The original estimate was 70 million dollars, the June bidding ended at nine million less.

From the very beginning, the well-known jeweler Laurence Graff did not hide his interest in the stone. After several months of negotiations, in September 2017, the diamond was bought by Graff Diamonds for $53 million dollars. The sales transaction was completed with the handshake of Graff and William Lamb, in accordance with the old diamond trading rule.

The importance of this transaction is evidenced by the fact that a year earlier Graff’s company had purchased a 373 ct rough diamond, which was probably part of Lesedi La Rona. The diamond was necessary for the London jeweler to conduct a study that provided answers to key questions: what color can be obtained, how will the rough diamond behave during polishing and how to proceed with dividing the 1109 ct giant. The conducted tests gave a great substantive advantage and invaluable knowledge about the properties of the excavated stone. 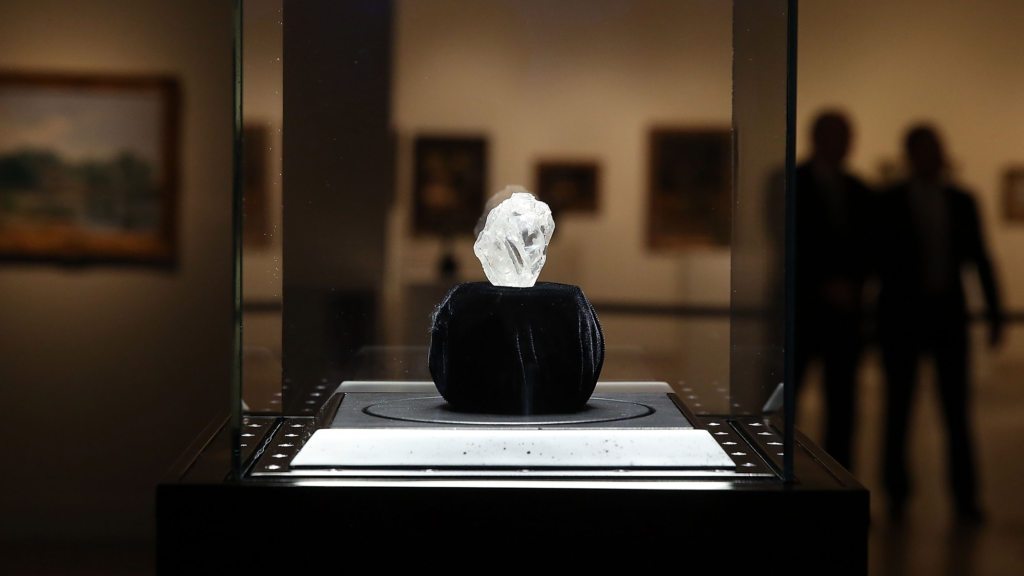 Finally, Lesedi La Rona ended up in South Africa, where Graff cuts and polishes his diamonds. Despite the enormous experience, Lesedi La Rona was a real challenge for Graff’s gemologists. None of the living specialists have analyzed such a huge diamond. In its raw form, the stone turned out to be too large for the available laboratory equipment. The decision was made to prepare a special scanner with dedicated software that was capable of conducting a thorough analysis of Lesedi’s interior. The image of the gem obtained this way allowed determining the subsequent stages of working with the diamond.

Preliminary analyses indicated that the largest single diamond that can be obtained from the raw material will have a mass of less than 300 ct. Such a solution did not satisfy the experienced jeweler. Graff challenged his specialists, claiming that it would be possible to exceed the indicated weight. After months of analysis on how to cut and polish the diamond, a very precise plan was developed so that there was no room for error. From the raw stone with an initial weight of 1,109 ct, 67 cut diamonds were obtained, including the record-breaking 300 plus carat Graff Lesedi La Rona.London’s diamond tycoon (Graff is behind the procuring and cutting most of the 20 largest diamonds discovered this century) is not hiding his pride and satisfaction with the result. The main jewel, the 302 ct Graff Lesedi La Rona, is still in the American GIA institute, where it is subjected to thorough testing and quality analysis.

“It’s the biggest diamond the GIA institute has ever had a chance to study. At the moment we know that the stone is in a perfect D color, its purity has not yet been determined—everything indicates that the rating will be very high” says Marcin Marcok, an expert in the precious stones market.

Apart from the main jewel, 66 smaller diamonds weighing just under one to over 26 ct were obtained from the raw material. Each diamond received a special laser inscription “Graff, Lesedi La Rona” and a unique GIA number. In addition to the GIA certificate, a special Graff authenticity certificate has been added to each diamond. The GIA has classified Lesedi La Rona as a diamond from the deepest strata on which diamonds were formed (depths exceeding 750 km below sea level). For the development of diamond research, Graff Diamonds donated the remains of the cut stone to the Smithson Institute in Washington, the world’s largest complex of museums and educational and research centers.