Since 1905, it has been considered the largest rough diamond ever found. Its story begins in the Republic of South Africa. In the Netherlands, it was divided and cut, and in Great Britain it was granted a well-deserved place among the crown jewels at the royal court. 9 fabulous main jewels and 96 gorgeous brilliants were made of 3106 ct. The magic and beauty of Cullinan take your breath away. It is one of the most precious gifts of nature ever witnessed in this world.

The rough Cullinan weighting 3106 ct was discovered in the spring in 1905 in the Premier Mine in South Africa. One afternoon, a mine supervisor, Frederick Wells, saw something sparkling in the slope of the mine workings. At first, probably due to the size of the find, Wells suspected that it was just a large piece of glass. It soon turned out that the discovery was worth millions and Wells had come across the largest diamond ever found! Wells named the stone in honour of the mine founder, Sir Thomas Cullinan, who had visited Premier Mine the day before. On 9 November 1907, the diamond was given to King Edward VII as a gift for his 66th birthday. The European chapter of the Cullinan diamond’s story commenced. 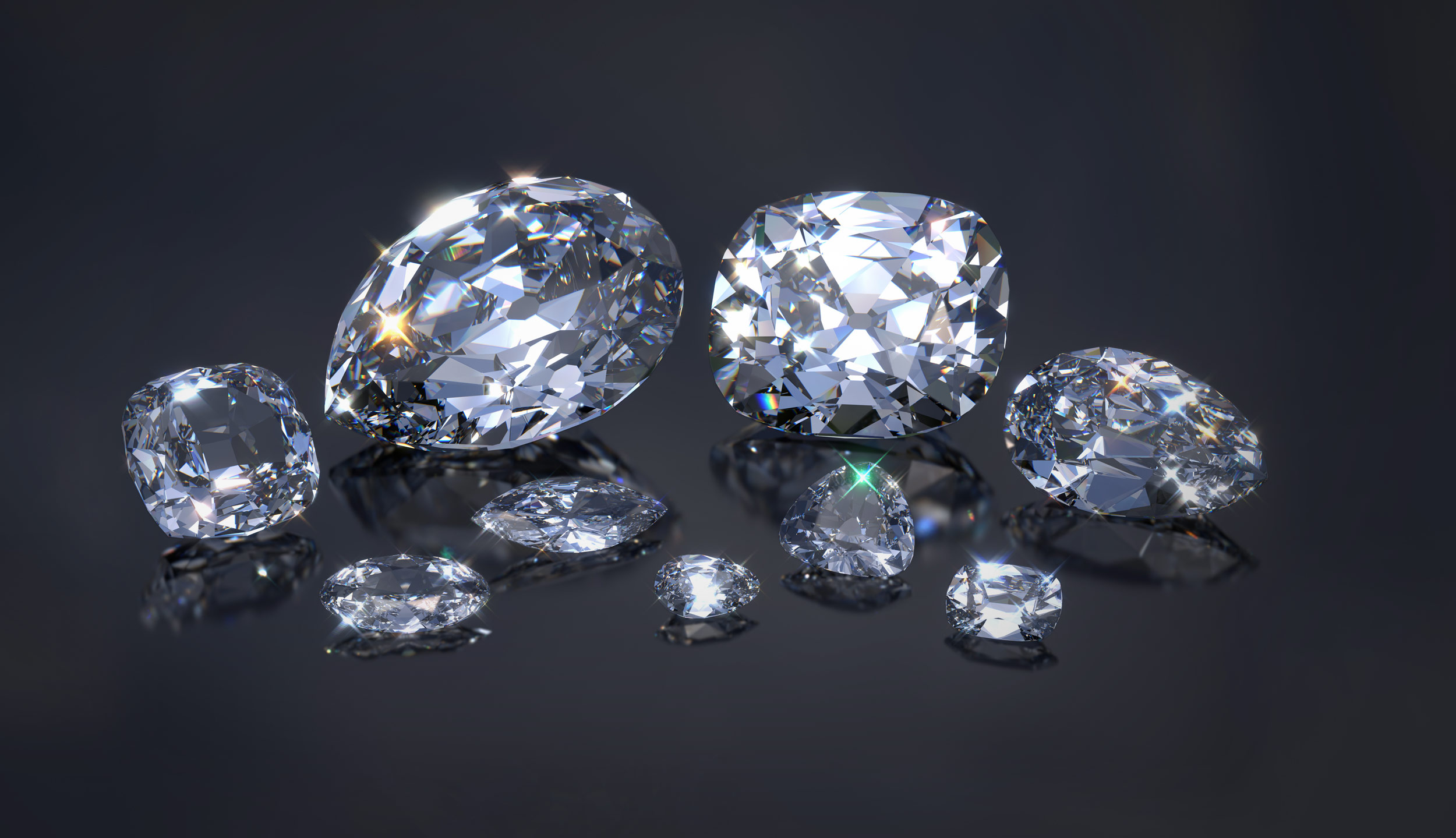 Further cleaving of the original rough stone divided it into 9 main jewels and 96 smaller diamonds.

The British monarch, fascinated by the stone, decided to insure the priceless work of nature for a spectacular, at that time, amount of 1.25 million dollars. Cullinan was to be divided and cut. It was decided that the largest rough stone in the history should be sent to Amsterdam, to Asscher’s Diamond Co, into the hands of the outstanding grinder Joseph Asscher. It was recognised that nobody would do this job better as Asscher was responsible for cutting the famous Excelsior discovered in 1893 (at the moment of its extraction, Excelsior was the largest rough diamond in the world). The die was cast. Preparatory works, tests and analyses lasted for over a month. On 10 February 1908, Amsterdam was holding its breath as a heavy metal rod hit the blade of the steel chisel that was held against the stone. The blade cracked immediately but Cullinan remained uncleft! The second attempt was successful for Asscher. Cullinan gave up and split, exactly as desired by the grinder. Further cleaving of the original rough stone divided it into 9 main jewels and 96 smaller diamonds. 9.50 ct of uncut diamond was left.

Nine of the largest and most brilliant stones cut from the rough Cullinan are the pride of the British Crown and some of the most precious elements of the Royal Collection. Some of them can be admired at the Crown Jewels exhibition in the Tower of London. This is where to look for them:

Cullinan I, also known as the Star of Africa
530.20 ct/ placed by King Edward in the royal sceptre/ exhibited in the Tower of London

Cullinan II
317.40 ct/ cushion-cut brilliant/ set in the royal crown/ exhibited in the Tower of London

Cullinan IV
63.60ct/ cushion-cut/ set in the crown of Queen Mary / in combination with Cullinan III, it forms a brooch or a pendant – one of the favourite elements of jewellery of Queen Elizabeth IIKoh-i-noor

Cullinan V
18.80ct/ pear-shaped/ originally set in the Queen Mary’s brooch, to be worn in Queen Mary’s crown diadem as a substitute for the Koh-i-Noor diamond

Cullinan VI
11.50 ct/ marquise-cut/ a gift from King Edward to Queen Alexandra/ currently it is the most frequently worn stone by Elizabeth II of all the Cullinans

Cullinan VIII
6.80ct/ cushion-cut/ set in a pendant together with Cullinan VII

It is beyond any doubt that such an enormous stone as Cullinan provokes imagination and stimulates the desire for new discoveries. As in the past decades, today we also hear talk that Cullinan is just the tip of the iceberg, a fragment of an even larger stone. Many believe that other stones are still hidden somewhere inside the rock, waiting to be discovered. Unfortunately, there is also another, less optimistic, theory – according to experts, the remaining part could have been crushed and destroyed during mining operations. However, the pessimistic variant would end the dream of a new great discovery; therefore, not many wish to believe this to be possible. For over a century, the prospect of extracting the second part of Cullinan has motivated many miners and diggers. Is mother Earth hiding a Cullinan-scale treasure from us? Daydreamers, treasure hunters and lovers of diamonds will certainly not cease to believe.